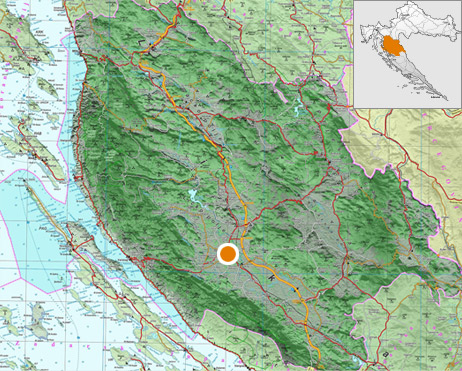 
The  Center of Ličko-senjska County
Through history, the city of Gospić had the role of traffic and military center. It was only in the 19th cent that its influence in Lika started strengthening, and today it is the administative and cultural center of Ličko-senjska County and the center of the newly founded diocese.
The city and its surroundings are first of all known for their natural beauties. On a small area and at about 500 m above sea level there are three national parks (Plitivice Lakes, Paklenica Canyon and North Velebit), a nature park (Velebit), and woods - parks  (Laudonov Grove and Jasikovac), the vicinity of the Adriatic coast and areas under special ecological protection. 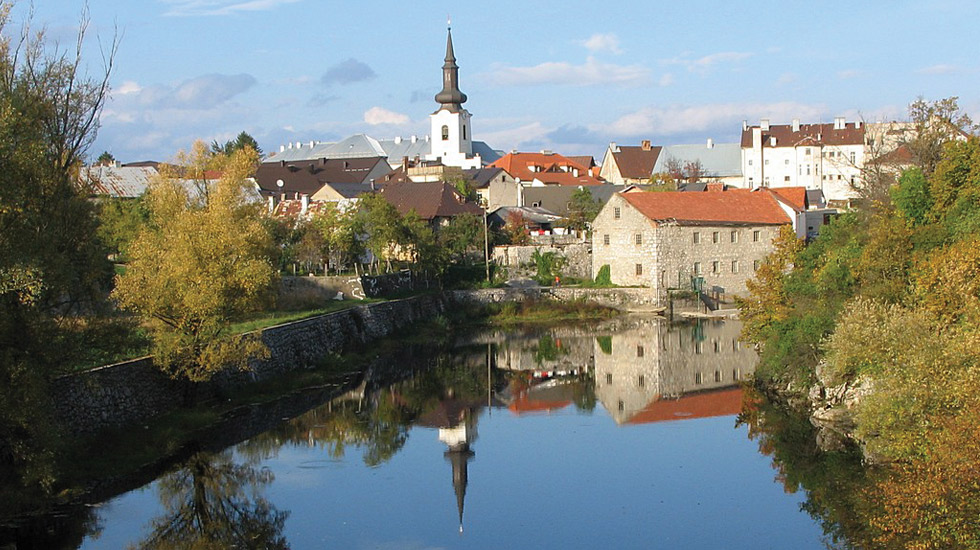 A brilliant scientist who invented the wheel of the modern age and „lightened the world“ was born in 1856 in Smiljan, and grew up and acquired his first knowledge in Gospić. Nikola Tesla Memorial Center was opened in 2006 on his 150th birthday, and it unites science, art and tourism.

„Father of the Homeland“,  lawyer and representative of the people, was born in Å½itnik near Gospić.  Exalting Croatian history and culture, he stimulated the emancipation of Croatian self-consciousness.

is one of the creators of modern Croatian painting and the most universal artist from the beginning of the past century, born in Gospić.
Slika: Monument dedicated to Nikola Tesla, author Mile Blažević

From motorway A1, Exit 12,  turn for Gospić. In the city there are signposts for Smiljan (about 6 km from the center of Gospić)  where Nikola Tesla Memorial Center is situated. 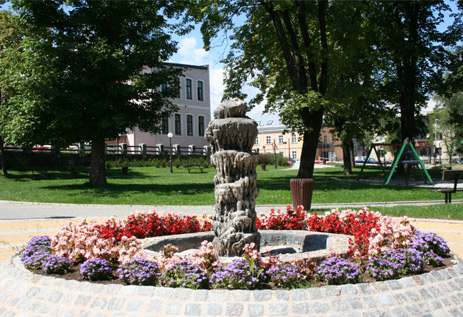 In the old city nucleus of Gospić you can see the statue of a young girl named Marta, work of sculptor Frangeša-Mihanović, in remembrance of the introduction of the water system in 1894. There is also the cathedral of the Annunciation of the Holy Virgin Mary built in 1783, Higher Teacher's School Building built in 1869, Murkovića Mill (an old water-mill on Novčica River), the house where the painter Miroslav Kraljević was born.

A visit of Lika Museum in Gospić A permanent ethnographic exhibition situated inside the museum yard, in the special and traditional Lika house, a log-cabin covered with a shingle roof   and interior arrangement that follow the traditional events during the seasons of the year.
Visit Nikola Tesla Memorial Center Smiljan where the house where Tesla was born is situated, ana a replica of the construction of the testing station from Colorado Springsa from 1899 – 1900. Tesla's turbine in the stream Vaganac and the prototype of a boat at remote control that Tesla made in 1898.
The visit – climb to the home of Ante Starčević in the locality of Veliki Å½itnik near Lika River canyon, at the very end of the village.

– Gospić Carnival: July 21st
– „Day of the City of Gospić” on July 22nd, the feast of St. Mary Magdalen, the patroness of the city
– „Gospić Musical Summer”: from the beginning of June to the beginning of July, a rich choice of classical music played by nationally and internationally acclaimed artists.
– Likanale has been gathering a great number of artists since 1966– painters, sculptors, printmakers, ceramicists that have been woven into this region by peculiar connections and their works are part of the rich gallery fund of Lika Musuem.
– „Autumn in Lika” – at the beginning of October, representative performance of exhibitors, their artefacts show the wealth of the fruits, tradition and autochthonous Lika climate and the climate of the exhibitors from the remaining parts of Ličko-senjska County.
– Manifestations connected to children's programs: First Appluase, All on Roller-skates, Children Draw