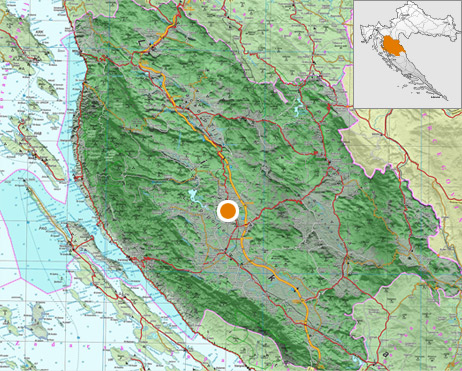 The Wealth of the Cave World

Perušić and its surroundings are located in the center of Lika, northwest of Ličko polje and at a distance of 12 km from Gospić and anout 20 km from the source of the Gacka River.
Preušić was first mentioned in 1487. It was founded by the brothers Dominik and Gašpar Perušić, a noble family that came from Dalmatinska Zagora (Dalmatian hinterland). The locality was named after them and upon a hill they built their defense tower that has various anmes in literature  - the old town of Perušić, Gradina, but most ofetn called Turska kula (Turkish tower) built in the 16th cent. The tower had three floors and encircled by a thick drystone wall whose remains appear in mere outline. 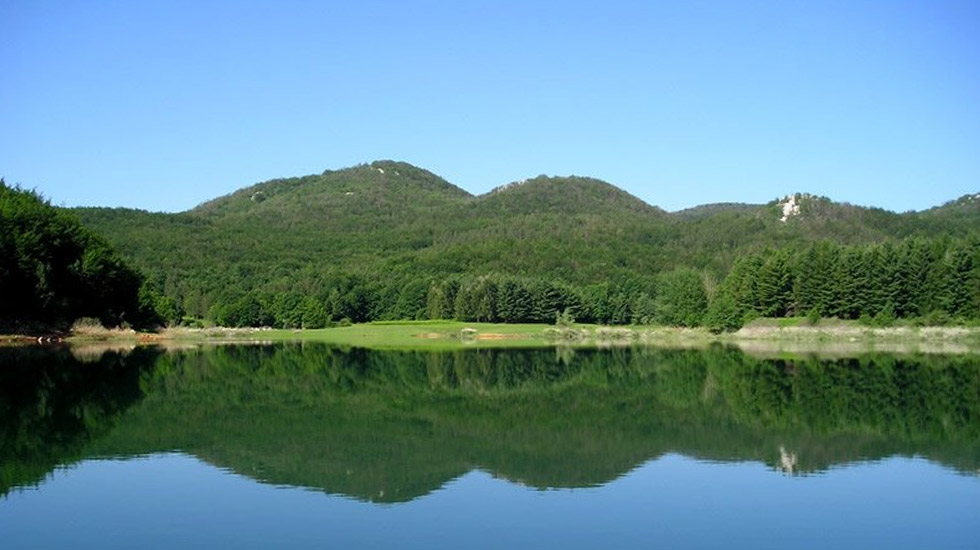 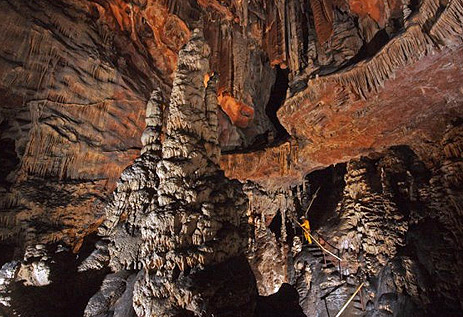 At 2.5 km from the center of Perušić tehre is a unique cave park, Park Grabovača (770 m) . It consists of six caves and one pit: Samograd, Medina Cave, Amidžina Cave, Velika Kozarica, Mala Kozarica, Tabakuša and Slipica-pit/Japaga.
There is a priceless wealth of underground karst structuress in Grabovača, even ¼ of all the prostected cave structures in Croatia.
Even though the town of Perušić is situated in the interior of the region, it is gaining all the more touristic importance, particualrly with those who love peace and the beauty of nature.

A short time after the invention of the printing machine, the princes Frankopan founded a small Croatian printery in the village of Kosinj  where in 1491 the Glagolithic breviary was printed, the oldest book printed on Croatian soil.

It is easy to reach Perušić, Exit 11 from Motorway  Perušić is well marked.

The main attractions for tourists are Samograd Cave in Grabovac Park, the Lika River and Kruščica Lake and Mount Velebit. Perušić is the center for starting the climb on Velebit „Klanac – Donje Pazariste – Štirovaca”, then hunting in the local hunting –grounds and game fishing in the Lika River.

The viewpoint is the highest point on Grabovača, at 770 m above sea level. The panorama from there extends over the Lika karst plateau with the Lika River Canyon, the artificial lake of Kuščica and the green wall of the Velebit in the distant horizon.
The parish church of the Exaltation of the Holy Cross from the 17th cent.    It is a late Baroque church with a Gothic facade, 28 protected elements of the interior, during Turkish times converted into a mosque, and after the liberation from the Turks again a Catholic church. There is a cross from the old Zagreb cathedral on the bell tower. It was renewed in 1988 when the organ was built and completely renewed in 2005. Since then it has been used for county concerts.
Kruščica Lake, situated in Ličko polje was created in 1966 as an artificial accumulation lake with an eighty-meter-high dam in whose depths lies a sunken village and the church of St. Eliah.
KaluÄ‘erovac, traditional processing, shaping and presentation  of fashion objects made of wool of the autochthonous sheep pramenka.
Kosinjski Bridge is made of stone, seventy meters long and crosses the Lika River, connecting Upper and Lower Kosinj. The bridge dates from the 19th cent. And was made in the technique „stone wedging“  unique for its opening in arches reflecting in the water as regular circles.

Besides walking, hiking, cycling and other outdoor recreation, in the summer months you can bathe in the Lika River or go rafting on Kruščica Lake. Hunting with a licence is permitted in the surrounding hunting-grounds and game fishing in the Lika River.

The Turkish tower was built in the 16th cent.
The church of the Holy Cross from the 17th cent is situated on the road from Perušić to Klanac.
Samograd  Cave in u Grabovača.
Gornji Kosinj

There is no hotel accomodation in Perušić. It is possible to get information on private accommodation at Perušić Tourist Office.